The 8 biases in hiring you need to watch out for 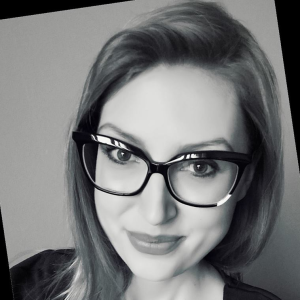 Human beings are incredibly complex. Processes that govern our brains are still largely a mystery. However, one thing is sure - do not trust your brain. Decisions we make as recruiters are subject to biases - and those can lead to unfair or simply bad hiring decisions.

Who is making the decisions in your head? Dumb question, it has to be “me”, doesn’t it? And for sure, I would not have any bias in hiring.

Not so quick. The more we learn about who we are as primates, the less certain we should be about our power and agency as individuals. Short test: can you name three cities in your head?

By now I hope you have three names. But where did they come from, the specific three? You know thousands of city names! Three names more or less “arose” in the unconscious part of our brain. You have just accepted your brain’s reasoning as your own because you are used to it. Humans are excellent at post-hoc rationalizations of our own actions. But when you really analyze the process, you will find that you… do not control your head nearly at all! Did you choose city names consciously? No, the brain is in a lot of ways like a black box. You really can’t be sure why you chose London over Paris, you can only reverse-engineer it to the most likely answer. For example, “I was in London recently”. But you were in 15 other cities too, so what criteria has your brain used in 100 milliseconds?

Here is where it becomes problematic. We want to take every decision based on the best available data and make it the best decision possible. But if we do not know why we made that decision, how can we analyze it? In recruitment half-assed explanations are worthless. This is why it is absolutely crucial to understand, that as a human being, you are biased as hell! Even worse, your brain hides it from you almost perfectly to avoid cognitive dissonances.

Hey, but I am so smart! I would see my biases! Not so fast. The more intelligent a person is, the smarter we are at convincing… ourselves. The more we are going to believe our own excuses.

Why is my brain so wrong?

First – take this implicit biases test from Harvard University. It takes ~10 minutes and can show you a lot of fascinating insights into your prejudices.

We already know our brains are doing a lot of subversive stuff to throw us off from the right path. But why is it, and what can we do about it? After all, every person is a dynamic, unique cocktail of genes, environment, experiences. On top of that – factors like our social standing in a group, our values, the weather, even our short-term mood – also heavily influence our decision-making processes. Exposure to inputs from genes or society around us create an environment which shapes our perception of the world and how we interact with it.

These unconscious opinions may significantly influence our final decision in hiring. We spend dozens of hours at Bee Talents to eliminate any possible waste or inefficiency from recruitment processes because we know, that one missed candidate or bad hire can sink a startup forever. Whereas it’s important to trust our professional experience and sometimes go with what our gut tells us, we should always refer to criteria and tangible proof of skills that we gathered, rather than to the assumptions itself.

The associations our minds create when we see a person are automatic. If a candidate resembles our hated ex, our first reaction may be negative. If a candidate looks and acts just like our best friend from high school, who is amazingly successful – there is a chance this person will seem more competent to us. A huge body of evidence exists that we often gravitate towards people who look and act like us and are from the same social and economic groups.

But as you already understand, those signals mean little or nothing for recruiting – they have no influence over Ruby on Rails skills, a university degree doesn’t equal intelligence, horrible face tattoo does raise questions about decision making, but an inked person can still be a killer developer and great team member.

8 Sneaky biases to watch for

So, what exactly are the biases, that we may experience? Below are the 8 most common examples in the work environment. And below – a couple of ideas on how to combat them!

One of the most hard-to-avoid things is comparing candidates to each other. Conducting an Assessment Center, Individual Interviews or Phone Screens, we compare candidates that we meet during the recruitment process. If a candidate performs better than his predecessor, we are more likely to score them higher even if they don’t meet the bar. By analogy – after interviewing a high performing candidate we are probably underestimating the level of performance by further Interviewees.

This is a cognitive bias based mostly on the first impression. Do you know, that we form it unconsciously after barely 20 seconds? The overall impression of a person influences how we feel about them and how we judge them. If we find someone nice or attractive at the very beginning, we are most likely to assume they are smart and competent as well.

This bias is the opposite of the previously mentioned Halo Effect. Yet, similarly, it also bases on the first impression. If we talk to a person who seems to be too loud and expressive, or on the other hand, shy and insecure, our perception suggests us, that it won’t be a good fit for the role or team.

Confirmation Bias means a tendency to specifically search for information, which confirms our beliefs. For instance, if we’ve made a negative judgment based on a resume or some given answers, we are more likely to form questions and dig deeper into the areas that raise our concerns. The same rule works if we meet a candidate whose experience arouses our interest. We may ask simpler, closed questions to seek confirmation of our assumptions rather than to actually test their competencies.

This bias is a preference for one gender over the other. It’s often caused by stereotypes regarding male and female roles in society and our beliefs about gender attributes. We may subconsciously think that a man is a better fit for managerial positions that require strength and resoluteness. In this world, a woman suits better such roles like teacher or nurse, where empathy and patience are more significant. On the other hand, we may find the common language with a candidate of the same sex, as the same expressions or gestures are used and we associate with them during the conversation.

With this bias, we have no mercy at Bee Talents. After all, we are a female leadership success story and we are ~80% female as a company! Try to underrate us because of gender at your own risk;) This discrimination works both ways – recently our recruiter Karolina convinced a client that a man can be a decent HR manager and we made a successful hire.

We have a tendency to favor people who are similar to us. If an Interviewee acts in a similar way or reminds us of someone we like, we are keen to assess them better than other candidates and hire them, although they may not be the best performer. It’s a common thread in organizations where the cultural fit really matters. Trying to find a match to the rest of the team we may focus on less relevant factors than the actual knowledge and experience.

This bias – among others – can lead to homogenous teams. While diverse teams do have drawbacks and some people can’t adjust to change from familiarity to diversity, they consistently score better in decision making research.

Oh yes, even though we’d like to be perceived as objective and unbiased in hiring, we are all defeated by stereotypes – and beauty. When we meet people, their attractiveness is something that we notice, whether we like it or not. This bias is somehow related to Halo and Horn Effects, yet it relates to physical appearance only. Meeting an attractive candidate we may assume that they put too much effort with their appearance and discount them. On the other hand, we hurry to judge a professionally dressed person as competent and well organized. We may also dislike certain features in a person subconsciously assuming, e.g. that a short person will not be a good leader. Don’t judge the book by its cover, they say?

In a group of people, we usually seek acceptance and most of us don’t feel comfortable with sharing a controversial opinion. In the recruitment process, Conformity Bias may occur for example during recruiting debriefs. If the majority of interviewers share an opinion regarding a candidate, we are more likely to agree with them even if our impression was totally different. We like the safety of a crowd and we do not want to explain our opinions too broadly. This is usually because we are uncertain about our own reasons. This one rarely gets better if our environment is not welcoming of different opinions and does not discriminate against the outliers!

How to overcome Unconscious Bias?

Now that you know the basic set I encounter at my daily work – think about bias in hiring you may be prone to.

It is difficult to completely avoid any unconscious bias. Impossible, probably – we are pretty imperfect creatures! However, being aware of them is the first and most important step. We must stay mindful, remember how the bias can impact our decisions and ensure that our actions are as objective as possible. For each decision, we should take our time, think through all aspects and make sure we consider only the defined criteria.

We should also remember to think about each person as an individual, see the big picture and focus on facts, not assumptions. This will help us assess candidates fairly and build diverse teams of top performers. Also in other work-related fields beside recruitment – working on eliminating our biases is crucial for avoiding discrimination, making good decisions and create an inclusive work environment.

And if you would like to talk more about building teams and bias in hiring, you can always write to me on LinkedIn 🙂

Technical Recruiter at Bee Talents with a 3 year-long experience as a Recruiting Admin in the international consulting company. An artistic soul that loves to write and act on the stage of a theatre. Karolina is also a true globetrotter, keen on exploring new countries and their cultures.

Technical Recruiter at Bee Talents with a 3 year-long experience as a Recruiting Admin in the international consulting company. An artistic soul that loves to write and act on the stage of a theatre. Karolina is also a true globetrotter, keen on exploring new countries and their cultures.