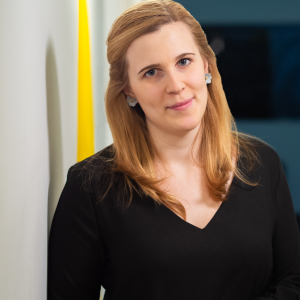 We work with a wide variety of clients every year. Sometimes, a lot of the job is done for us already! And sometimes, what a client needs is a gentle nudge in the right direction. This is exactly what happened in our cooperation with CardioCube! CC is an innovative company that is overhauling healthcare delivery, as digital health is the future of the industry.

CardioCube (CC) is an excellent example of how great many things (culture, processes) can be in a company. Still – tweaking one or two knobs on the managerial control panel can bring it to yet another level! But before we get there, let’s see what the starting point was.

Even without in-depth analysis, CardioCube seems like a great place to work at. Just the chance to work in the Silicon Valley environment with access to top-echelon startups could be enough. On other fronts, the outlook was positive too. The team members (as well as the four founders – a visionary-doctor, a scientist-doctor, a lawyer, and a techie) come from a diverse background, and it shows. The company has two teams – one in the U.S., the other in Poland. Overall the company embodies a high level of autonomy and ownership. Combined with their great motivation to bring real value to customers in need, it created a good home for high-performing individuals.

On the more operational side – the salaries were already attractive and on par with similar companies if not higher. CC worked with the latest tech and was quite an “Americanized” company, with their high ambition to solve global issues in the background at all times. Finally, the team clicked well and liked each other.

More or less at this point, Bee Talents and CardioCube began talking about potential standard recruitment cooperation. Yet, during the exploratory talks, both sides felt like there may be more to achieve together. By going a bit deeper, we knew we could help CC avoid some of the pitfalls of scaling up and to manifest their strengths better. Being a great company is fantastic, but it would be even better if candidates felt this way too!

It is normal for newer brands not to have strong recognition among candidates – and CC already had assets to build a lasting EVP foundation. Also, the best culture possible for a smaller startup may not always fit an aspiring organization amidst rapid growth.

Preparing for the future

A later survey we ran brought some blind spots to light. For example, despite the current team being completely on-board with the values and culture of the organization, those aspects were not codified clearly. The standards of quality were also kept well, but they existed, let’s say, “in a cloud” – distributed unevenly in team members’ heads. The team was also very close – and as we will show, there can be drawbacks there as well! The feedback given to team members was sporadic, and it was not an organized process.

The company outside communication needed improvement in terms of attracting candidates. There was no “career page” on the CC website. All in the environment where voice technology professionals are scarce!

All of the above was ok for a small team – but with growth on the horizon, a more systematic approach was necessary.

After the decision to proceed with our cooperation, we agreed with CC to collect data from the team. Next, armed with insights from the survey, we ran EVP workshops for the leaders. Overall, the results were exciting.

A bit earlier I wrote about the team being too close. And I think this is the key to understanding how well-run organizations can still benefit from a neutral observer. Such a person can dissect and analyze what is happening daily from an objective point of view, without the baggage of friendship and familiarity. In small, close-knit teams like the one CC had, familiarity causes issues, which can take years to materialize – usually when the organization changes.

The team was close to each other, and as it is with family, some things just never had to be said. But when a new person was about to join the team, this could cause miscommunication. The same goes for feedback standards. Informal, short bursts of feedback can be useful for a long-time co-founder or work friend. For a new member, this old way can, in some instances, be inadequate, misunderstood, or even harmful. Without great feedback, teams tend to get disorganized and can lose a sense of direction.

That’s why, among our recommendations, we suggested that CardioCube codify vital knowledge that was already present in the company. Thanks to this, it could then communicate its comparative advantages more clearly at all stages of recruiting.

The doctor will see you shortly

We started with the recruitment process – even though CC had values and standards, they were not accessible early to candidates. This is important because when recruiting, we do not use values to brag about our virtues and progressiveness. We use them as a filter so that we can later work with people who fit well into our organizational culture. Recruits can see what we stand for and decide if that is the environment for them. In effect, better values communication means better-adjusted candidates.

CardioCube had already gotten the hint about this issue after its participation in Techstars accelerator from Los Angeles. Having a strong culture is a shield against risk in an uncertain business environment. As a result, CC implemented a more transparent culture communication in their intra-team and recruiting conversations.

Coming back to the team being so close to each other, this could also create a barrier to entry for a new team member. Apart from a purely personal aspect, the company worked many projects at the same time, which required a lot of flexibility. Therefore, without great onboarding, there was a risk both to early social cohesion and performance of new employees, as some may not be used to switching back and forth between projects so swiftly.

The first days in the new job are crucial for building an opinion about the employer. That’s why poor or messy communication and uncertainty can derail onboarding. At worst it may irreparably damage the foundation of the relationship. That’s why to enable CC to efficiently scale up, it was important to compile and codify the onboarding process. Only then one could see its missing areas and systematically improve on it.

Finally, CardioCube has described itself in communication with candidates as a company that enables its team members to develop and grow. Despite money being sometimes spent on workshops and training, there were no procedures and transparent rules on how the training budget could be spent, for example. Smaller teams may deal with atypical budget allocations well. But for larger ones, the issue of fairness and everybody playing by the same rules becomes much more important.

There is no “perfect” natural state in business. As time flies, the environment and the business both change and need to readjust some parameters. That’s how great companies like CardioCube find themselves in a position where further growth would be easier if their strengths were communicated better and culture was built to last. No huge investment or revolution was necessary! CardioCube had a great foundation to expand their business already – and now, after a couple of tweaks, we’ve built an even stronger foundation together.

To read our previous case study – about our cooperation with Consadata, a leader in banking software, jump here 🙂