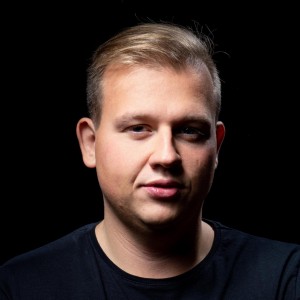 Ever since “mother of programming”, Ada Lovelace, laid the foundations of algorithms that underpin modern software, there was no agreement on a single way to do computing. Dozens of programming languages compete, and we will tell you what to expect in the near future!

Being aware of the broad trends is necessary both for tech leads, CEOs, and programmers alike. The former must make strategic decisions and pick the best technologies possible. The latter need to get up to speed with their education! So whether you are about to recruit some developers for 2020 and need to be aware of the market, or you are looking to start learning another language to get ahead with your career – get ready!

First, we compiled a ranking that combines predictions from several industry sources. Next, we give you our subjective ranking based both on our first-hand knowledge and multiple reports linked at the end of this article.

Below you can see past top languages over time according to the GitHub report, where you can notice the quick rise of TypeScript and the long-lasting domination of JavaScript, Java, and Python.

The Ranking – most popular Programming Languages 2020

Our simple methodology is as follows – for each individual ranking, 5 points are given to the first place, 4 points for the second, and down to 1 point for the 5th place. Have in mind that the rankings we compiled are slightly different in terms of methodology, but all of them try to predict the most popular programming languages for 2020.

As you see, the mainstays are widely believed to hold on to their dominant position in the next year.

To give you a broader perspective, we decided to give you our own ranking, which by its nature is pretty subjective. However, if anyone knows what is coming up more and more in job requirements and projects we are staffing, it is us! We spend countless hours talking to both sides of the equation – employers and candidates, who share their perspective of the future of programming.

Still the most popular programming language, as almost 70% of professional developers are using it and most probably it is not going to change anytime soon.

It has basically a legacy position by now, and its broad compatibility makes it a must-have for many developers, especially full-stacks. For many years it was basically a front-end tool, however, its versatility enables it to find uses in tablets, phones, browser and desktop applications.

If you are an aspiring programmer though, it is one of the more accessible keys to a future career.

Key Stat: 17,8% of developers would want to work in JavaScript, which gives it a second place on the list of most desirable languages.

Year by year, Python is getting more new users and finally, in 2019 it got ahead of Java and became the most popular Back-End language as 39,4% of users are using it.

Used widely because of its versatility (web designing, software development), but also fits great with the latest machine learning applications. With a good community, it will probably still be finding new applications in the coming years.

From a user’s perspective, it is still one of the better languages in terms of readability and its syntax is easy to master. Python is very often recommended as a first language to learn.

Key stat: Python comes second in Stack Overflow 2019 report in the category of most loved languages with 73,1% respondents.

Thought by many as safer and more efficient than Python, it still is in a bit of a different spot than Python in terms of community and the entire ecosystem. For some time finding packages and libraries was hard, but it continuously grows. While for some top-performance applications it may be a bit sluggish, it still manages concurrency well and can make multiple threads run faster than memory-hungry Java.

As it usually happens with underdogs, Rust is the most loved programming language at least for the past three years.  While in 2017 and 2018 it was very rare to find it in professional development, this year Rust made a big leap and reached 8,9% in popularity.

As you can see, Rust is by far the most loved language in 2019 Stack Overflow report, beating the rest of the field by a truly large margin. Easy to write, secure and easy to read, Rust is a pleasure to work with.

Still, one of the most common technologies with almost no change in popularity. Some describe it as Java with edges smoothened out. Better average salary than in Java, more likable.

The Twitter-world has declared C# dying for some years now but it seems totally unjustified as Stack Overflow survey denies. Also, the rising popularity of an open-source .NET Core changed this technology a lot.

It seems like Swift completely replaced Objective-C, and it is great information for iOS Developers, as Objective-C is one of the most hated languages right after nasty VBA. It can do very little that Swift can’t, but still functions as legacy code here and there.

Its golden era was probably around 2011-2012, and knowing it can still be very useful, but you probably will not be writing new projects in it.

Key Stat: A whopping 68,7% of developers say they dread Objective-C. Well, I would NOT call that a strong endorsement.

The best-paid technology, with a 12% higher average salary than in the second and third F# and Go. A functional language with some ardent support – it great for concurrency and data processing. While different from Java, it still runs on JVM, making it a bit more accessible.

This trio is the worst paid technologies, paid nearly twice less than Clojure. For Java, its usefulness alone is limited and is often a secondary language. While still useful for many applications, there should be less trouble in finding great specialists in those areas.

Predicting what the next year will bring in IT is a tough job – but hopefully, you make the right choices for what the future brings. Data in this post is mostly from Stack Overflow report. If you want to talk about recruiting specific specialists, give us a call!

Having completed a journey from a Tech Recruiter to a Co-Owner & CRO at one of the best IT recruitment agencies in Eastern Europe, Maciek knows it all about scaling up teams. His mission is to give teams the tools and knowledge to face challenges of tomorrow.

Having completed a journey from a Tech Recruiter to a Co-Owner & CRO at one of the best IT recruitment agencies in Eastern Europe, Maciek knows it all about scaling up teams. His mission is to give teams the tools and knowledge to face challenges of tomorrow.