Yes, you can hire better – our new ebook on recruiting in IT 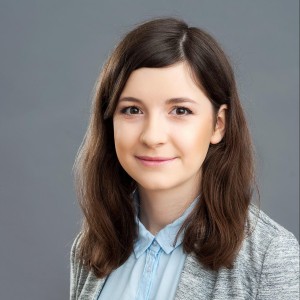 The last couple of decades have seen huge shifts in how we hire. This change touches all segments of the economy, but we think IT recruiting has been on the organizational and technological forefront. We constantly try to stay ahead of the curve and we even have some funky innovations to our name just a couple of weeks ago our sales aristocracy, Kasia Michalak gave a well-received lecture on our idea, Team Sourcing.

To give you all some of our expertise, I joyfully invite you to jump straight between PDF pages of our latest ebook. It covers what most companies that have just started scaling up are missing. But some nuggets of wisdom did not fit there and I feel more than an urge to share!

Clearly, the internet is an entirely new world for recruiters. Honestly speaking, I both feel sorry for and impressed by the recruiters from the days of old because I have no idea how I would go about recruiting specialists armed with only a phone.

Fortunately and maybe in conjunction with this, most workers stayed many more years at their companies than they do now so recruiting probably happened much rarer. Below is a list of industries and their respective turnover rates. While the percentages do not seem stunning, remember that this can mean dozens of workers every year for larger companies.

There is a lot to unpack in the growing turnover rate, but we would like to focus on the tech industry. It is considered to be one of the sectors of the economy that should learn to live with high turnover. From the rapid pace of technology and culture evolution, through extreme competition between companies and up to demographic deficit – multiple factors make it a necessity to be able to repeatedly attract talent.

I am sure about one thing. Most companies do lack at least some elements necessary to run an efficient recruiting process. While you could expand numerous – I will fire off some loose shots I find the most interesting.

First of all, I found that most of what the candidates want could be summed up in three concepts. Safety, fairness, and impact. Safety is obviously crucial – we like to know the rules of the game so that we can stay inbounds. We like to have some consistency in our surroundings so that expectations are clear and are not fluctuating wildly from week to week. Next up, fairness. Am I judged fairly and with the same measuring stick as others? Is feedback given often and how useful is it? Is my compensation enough? And finally, impact – the very underrated ability to be a party with some agency – not only a machine cog. While definitions of what impact on the company actually is may vary, we still like to see change grow from beneath our palms. Most people enjoy an adequate level of responsibility and flourish when giving a chance.

The troika I present above has a solution, and we got it. Different aspects of company culture covers it almost entirely. They has challenged remuneration as one of the most important factors candidates look for in an organization. Creating a company culture is not difficult. I mean, you simply have it whether you want it or not. But creating the right one – takes time and expertise.

Remote teams prevalence and its impact on company culture

Culture cultivation will look very different from company to company, as we can attest thanks to our diverse client portfolio. For example, WordPress, a platform with immense reach (top 20 world traffic) is run by remote teams in its entirety. No physical space binds employees together. What does then? Tools, personal relations and foremost, culture and communality it brings. Companies with distributed teams simply need to approach the cultural challenge differently. I hope to write more broadly about it soon.

Since more and more employers and employees agree to some forms of remote work they too will meet those challenges. At Bee Talents we try to make remote work accessible to all, but we do have a very robust company culture that is an important benchmark during recruitment processes.

Despite anybody’s best efforts, culture is not usually a choice but a spontaneous reaction of ingredients we mix in the organization. At least until we start managing it well. Spaces that lack such culture will force some to look for this community outside. Dozens of great engineers and developers migrate weekly to meetups and hackathons just because of this. We simply enjoy our job a bit more if it has an ethos with which we agree to a large extent. Remote work, in general, is not without its detractors, though:

“On the simplest level, telecommuting makes it harder for people to have the kinds of informal interaction that are crucial to the way knowledge moves through an organization. The role that hallway chat plays in driving new ideas has become a cliché of business writing, but that doesn’t make it less true. John Seely Brown, an organizational guru, the director of the Xerox PARC research center for a decade, told me, “Those chance encounters that become evocative turn out to be incredibly important. They allow people to get out of their ruts and think about things that they might otherwise have missed.” Seely Brown worked on a study of Xerox’s copier repairmen. He found that when the men were just hanging out in the coffee room they weren’t wasting time; rather, they were having highly productive conversations about problems encountered on the job.”

This sounds pretty reasonable – however, I think that some jobs benefit from this impromptu communication more than others. I would not go as far as to declare a general preference one way or another.

Anyway, if you made it this far without reading our ebook on IT recruitment – get there now. Feel free to ask questions, a lot of them. We are very much open to hearing how you manage to recruit problems in 2019. We think that smart companies can outpace their competitors, Find me & Maciek on LinkedIn! 🙂